On May 20, 2022, the EU Commission presented its official draft Delegated Act implementing the provisions in Art. 27 (3) of the EU Renewable…

On May 20, 2022, the EU Commission presented its official draft Delegated Act implementing the provisions in Art. 27 (3) of the EU Renewable Energy Directive II (RED II). This sets out detailed rules for the production of renewable liquid and gaseous fuels of non-biological origin.

Although this delegated act is technically relevant only for renewable fuels in the transport sector, it is expected to determine the rules for the production of renewable hydrogen in all sectors. For this reason, the provisions in this act are of great importance.

The German Renewable Energy Federation (BEE) welcomes the opportunity to comment on the aforementioned delegated act and evaluates the individual articles of the present draft regulation below.

Thus, biomass is not intended to be a desirable renewable energy source and therefore should be excluded from renewable hydrogen production. The present draft does not provide a justification why "liquid and gaseous fuels" should only be of non-biological origin.

Hydrogen based on biomass - especially biogenic residues with no further uses - and biogas should be included in the definition of renewable hydrogen. No plausible reason is given why "liquid and gaseous fuels" should only be of non-biological origin.

- Referring to the following text passage in recital 1:

„To this end and considering the overall environmental objectives in Directive (EU) 2018/2001 it is necessary to lay down clear rules, based on objective and non-discriminatory criteria. As a principle, liquid and gaseous fuels of non-biological origin are considered renewable when the hydrogen component is produced in an electrolyser that uses renewable electricity.“
it can be said that the definition of "renewable" without taking into account energy sources of biogenic origin is "discriminatory" per se. For this reason, the insertion "of non-biological origin" in this and all other text passages should also be deleted.

For electricity sourced from the grid, the draft establishes the following eligibility criteria:

Instead of dismantling existing installations generating renewable electricity after their legally granted compensation period has expired, they should be allowed to be used to produce the urgently needed renewable hydrogen.

„Regarding renewable hydrogen produced from electricity sourced from the grid, its production should incentivise, through a power purchase agreement, the deployment of renewable electricity that does not receive financial support since the renewable hydrogen is already being supported by being eligible to count towards the obligation on fuel suppliers set out in Article 25 of Directive (EU) 2018/2001.“

„the renewable electricity has not received support in the form of operating aid or investment aid, excluding support that does not constitute net support, such as support that is fully repaid;“

For electricity sourced from the grid, the draft establishes the following eligibility criteria:

Electrictiy sourced from the grid:

As an alternative to the above options included in this draft, it should also be possible to use a full load hour limit to meet the temporal correlation criterion.

For electricity sourced from the grid, the draft establishes the following alternative eligibility criteria:

It is crucial that electrolysers are primarily installed at locations with a high supply of fluctuating renewable energies and that they are available to the energy system as a flexibility, while at the same time ensuring the rapid development of a hydrogen infrastructure.

In order to ensure the systemic integration of hydrogen production, the member states should therefore introduce criteria according to Art. 4, 5 of the present draft, which take into account the grid effects of an electrolyser location.

In Art. 4, 4 the present draft specifies that all of the above criteria for renewable electricity sourcing (additionality, temporal correlation, geographical correlation) do not apply during redispatch periods, provided that the electrolysis reduces the need for redispatch by the amount of electricity consumed.

The present draft does not make it sufficiently clear how the transmission system operators can prove that electrolysis has reduced the need for redispatch by the amount of electricity consumed. There should be clear regulations at the national level to ensure unambiguous verification. In addition, unbundling rules between grid operators and electrolysis operators must also apply when electrolysers are used in redispatch cases.

In principle, strong criteria for renewable electricity sourcing (especially strong criteria for geographical correlation, i.e. construction of electrolysers primarily at locations with a high supply of fluctuating renewable energies) should be enforced immediately to reduce the need for redispatch as such. The funds released by the reduction of redispatch costs can in turn be invested in the faster expansion of the hydrogen infrastructure.

The present draft specifies in Art. 7 that certain eligibility criteria will only be valid from January 1, 2027. In detail, these are:

Furthermore, the present draft stipulates in Art. 8 that electrolysers that go into operation before January 1, 2027 are protected as existing installations. Accordingly, these electrolysers do not have to prove any additionality requirements according to Art. 4, 2 a) and b) after 2027 and only a monthly simultaneity according to Art. 7.

The suspension of the additionality requirements according to Art. 4, 2 a) and b) as well as Art. 4, 2 c i) until 2027 as defined in Art. 7, combined with the grandfathering as defined in Art. 8, mean that the electrolysers that are being put into operation before 2027 can use any electricity contracted via PPAs from installations generating renewable electricity and only have to prove a monthly temporal correlation between renewable electricity generation and electrolysis.

The transitional provisions described above contradict the rationale for renewable hydrogen production expressed in Recital 2, which states that the large need for additional renewable generation can only be met through strict additionality requirements. The provisions create fossil path dependencies and a competitive disadvantage for electrolysers that come into operation after Jan. 1, 2027. Electrolysers that do now increase the fossil share in the electricity market block the ramp-up of electrolysers that actually contribute to CO2 reduction and hydrogen production that serve the transition of the energy system. In addition, installations with a direct line between renewable electricity generation and electrolysis are discriminated against, as the grandfathering protection in Art. 8 only applies to grid-related electricity.

The BEE demands that the hourly correlation between RES and hydrogen production (Art. 4, 2 c i) is valid immediately, and not only in 2027.

For the above-mentioned reason of the competitive disadvantage for electrolysers commissioned after Jan. 1, 2027, the BEE also rejects a general grandfathering with regard to Art. 4, 2 a) and

b) for electrolysers commissioned before this deadline.

The BEE has made it clear that it welcomes the EU Commission's basic approach to providing a universally valid definition of renewable hydrogen. The BEE also sees the proposed criteria for renewable electricity as positive in their basic orientation, as they can serve to ramp up a system-serving hydrogen economy based on renewable energies.

However, various points of criticism were also pointed out in the present statement, combined with the demand for concrete changes in the legal text.

These criticisms include, in particular, the indication that all available RES should be used for renewable hydrogen production. In particular, it was pointed out that the regulations of the present draft make it impossible to use installations generating renewable electricity for renewable hydrogen production if they have in the past received support. In order to allow existing installations generating renewable electricity to be used for the production of much-needed renewable hydrogen after their legally granted subsidy period has expired, the key criterion for additionality should not be whether or not the RE plant has received subsidies in the past, but whether or not the electricity used is subsidized.

Furthermore, the BEE has made it clear that there is no plausible reason for excluding biomass in renewable hydrogen production. Biomass and biogas should therefore be included in the definition of renewable hydrogen by deleting the addition of "of non-biological origin" at various points in the draft.

With regard to the criteria for temporal correlation, the BEE proposes to include another alternative criterion that provides for a full load hour limitation analogous to the regulation in Art. 4, 1. With regard to geographical correlation, the BEE points out the importance of more far-reaching national regulations that take into account the system efficiency of electrolysis locations.

Finally – and particularly important – the risks of the transitional provisions in Art. 7 and Art. 8 proposed in the present draft were pointed out. The transitional provisions incentivize a market ramp-up of electrolysers, leading to an increase in CO2-intensive fossil-fuel power generation. This is contrary to the general objectives of the Red II. Art. 8 create fossil path dependencies and a competitive disadvantage for electrolysers that operate in a system-serving manner and are commissioned from Jan. 1, 2027 onwards. For this reason, the BEE calls for the deletion without replacement of Art. 7, Sentence 2 (suspension of the hourly simultaneous requirement between RES-E generation and electrolysis until 2027) and Art. 8 (grandfathering of electrolysers commissioned before 2027) of the present draft. 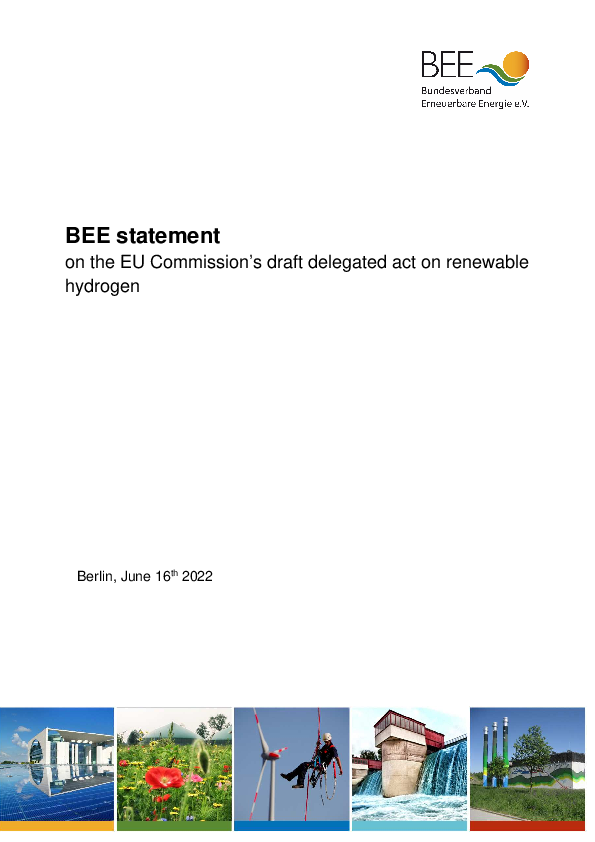 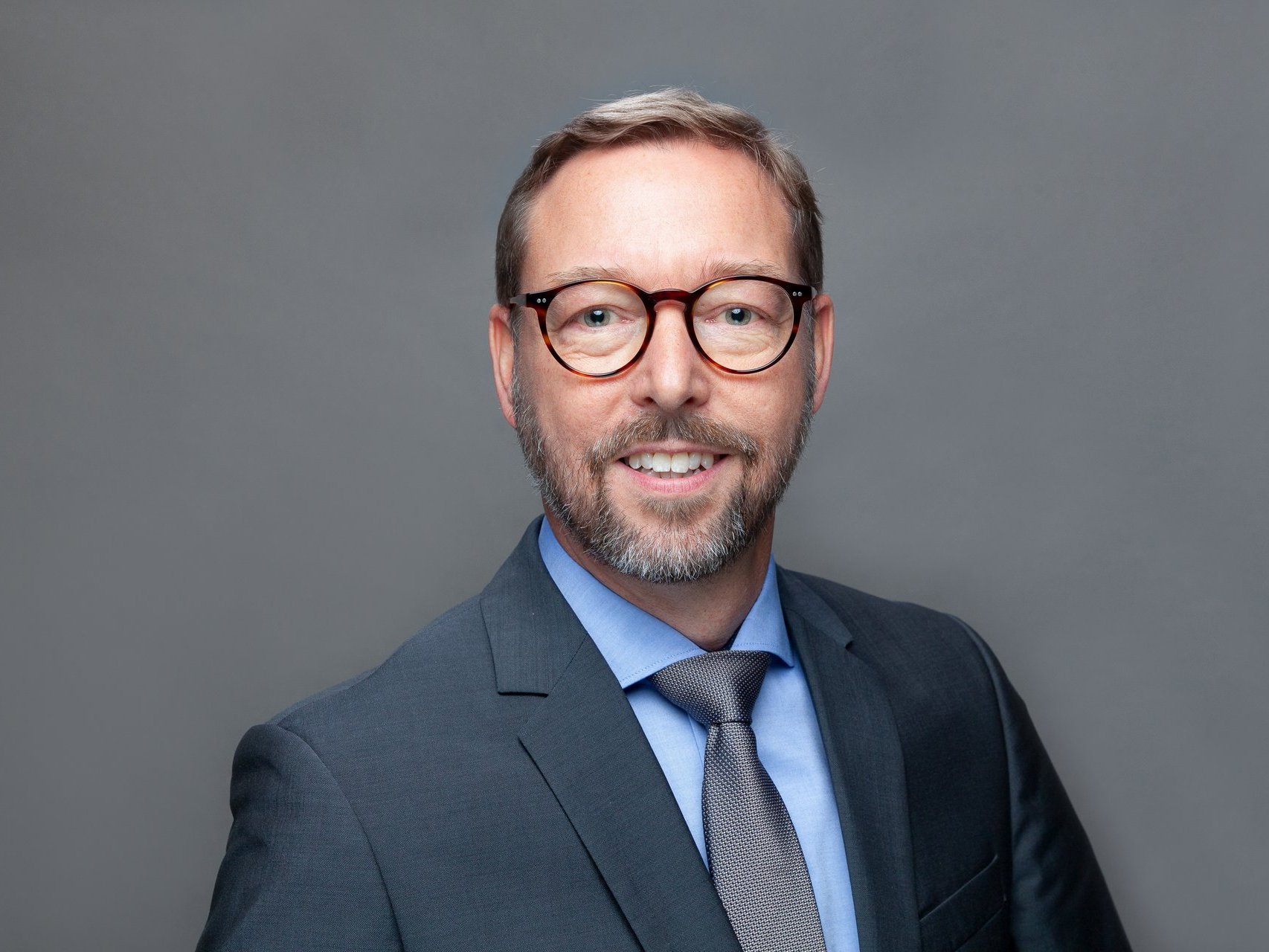 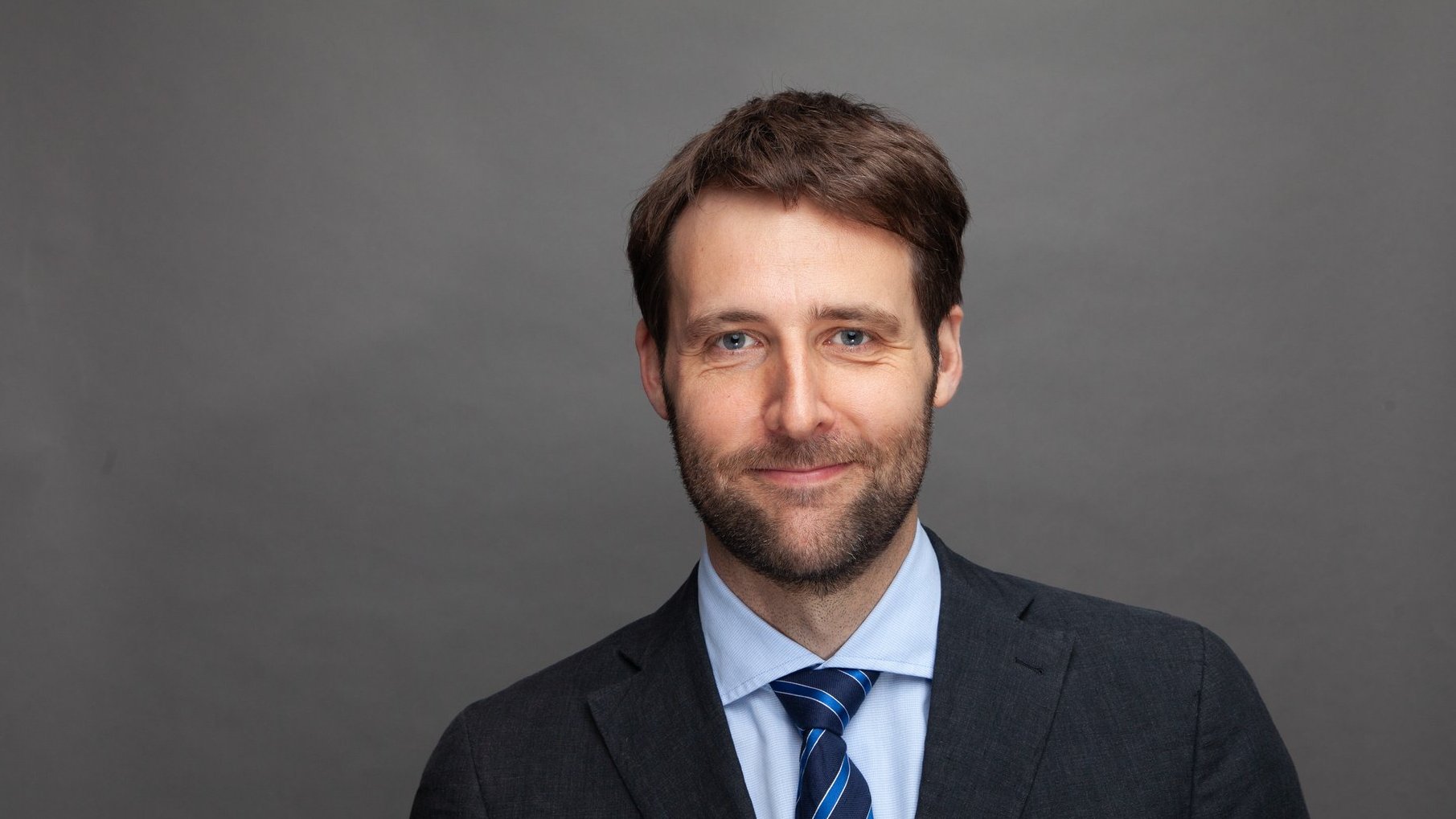 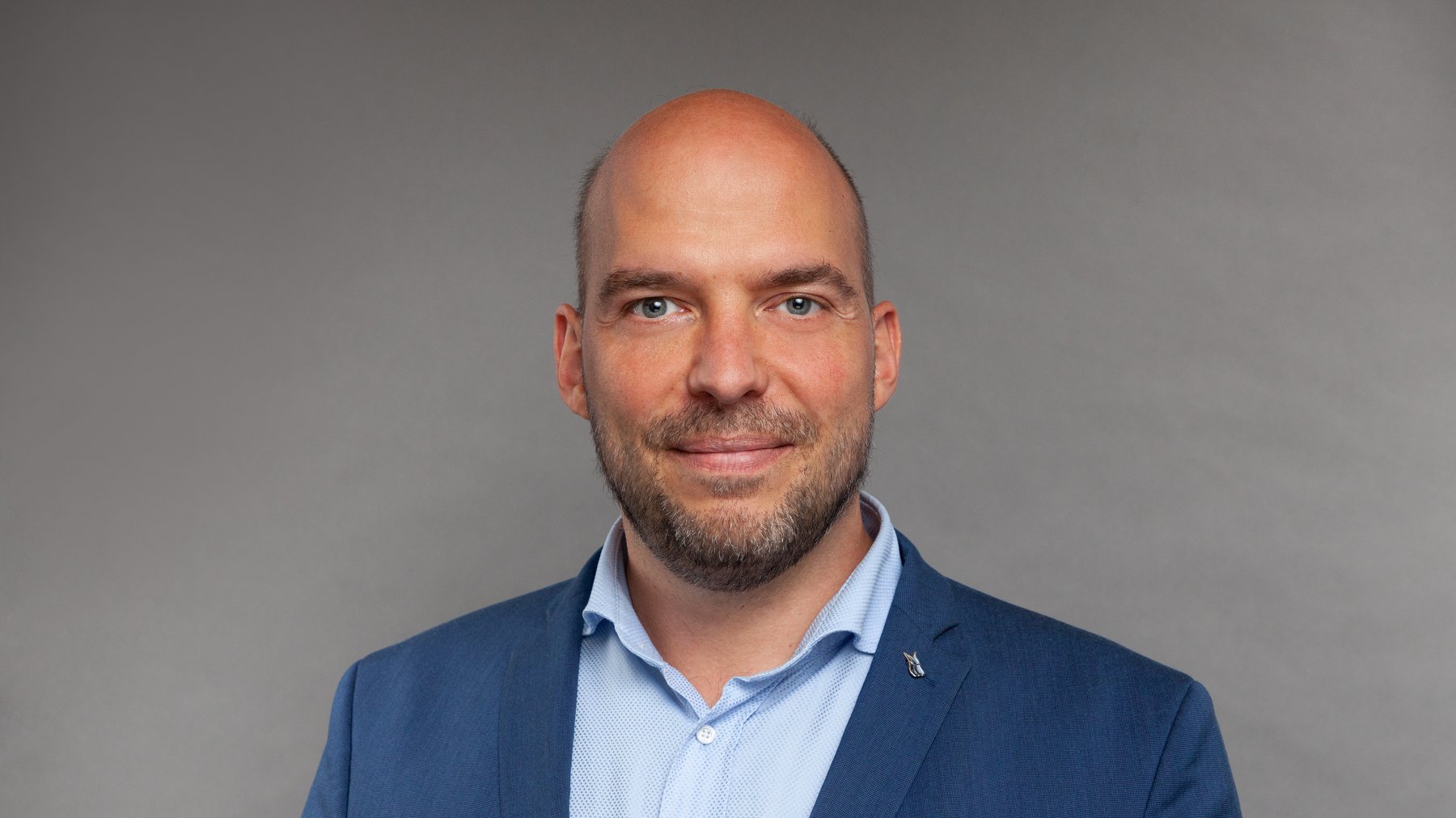 The German Renewable Energy Federation (BEE) welcomes the COM proposal to reduce GHG emissions by at least 55 percent by 2030.